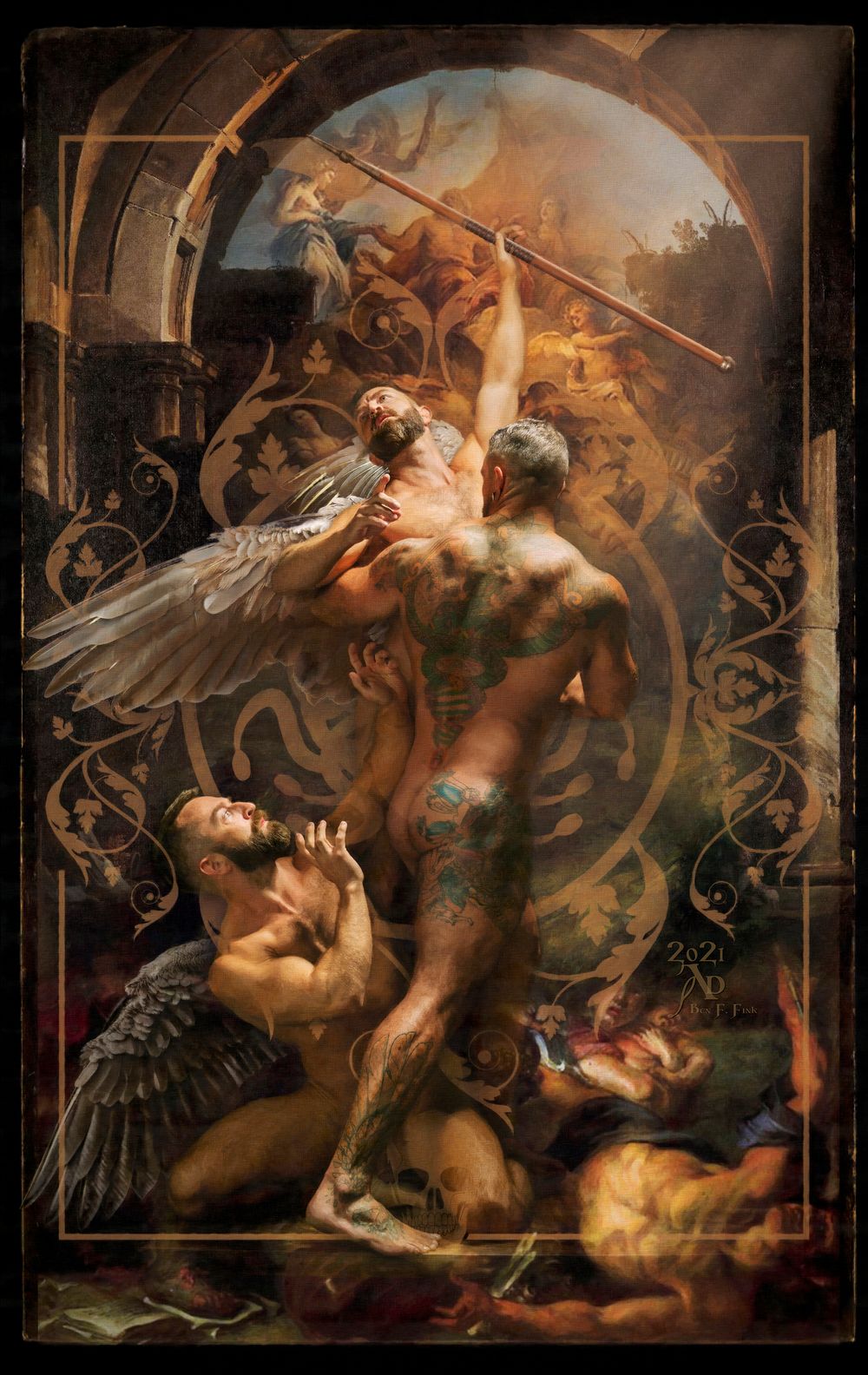 "And The War Raged On" is representative of the body of work that I've been creating for the past several years—transforming everyday people into characters in romantic and fantastical modern mythology—working with models from all walks of life–from doctors to sex workers to other artists. Through extensive post-production, I put them into settings of epic proportion. These models are observed through an objectifying gaze which simultaneously casts them as hypermasculine while also allowing them to be vulnerable. Others in the body of work question gender identity and role-playing, and there's even a nod to the idea of beings that might not be entirely human.